The Weaponization of water in Yemen

The Weaponization of water in Yemen 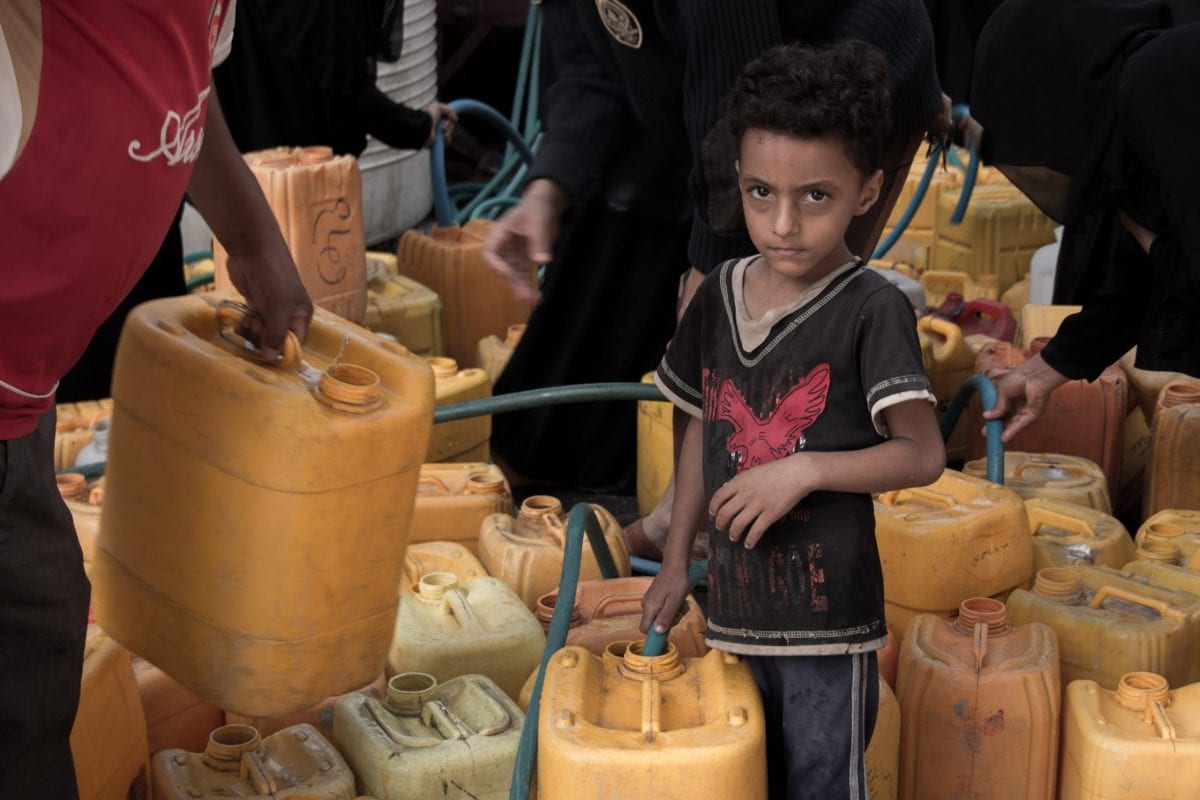 Yemen has been the recipient of an enormous amount of armed conflict over the last two decades. One of the direst issues to have risen in Yemen is the weaponization of water. With an otherwise crippled economy, rife with war, basic necessities like water have become scarce. To make matters worse, water is being used as a weapon by both sides, often targeting it in attacks. Before moving on to how to help Yemen, it is imperative to know what is going on in Yemen.

What is happening in Yemen right now?

According to UN estimates, the weaponization of water has affected more than 14 million people so far and the number continues to rise. This is nearly half the population of the country. There are a number of ways in which using water as a weapon is continuously affecting the general population.

More than three years of ongoing fighting on ground as well as aerial bombing, has completely destroyed the water and sanitation infrastructure, leaving approximately 19.3 million people without clean water. The water plants being intentionally destroyed means there is no longer a means to purify and refine sea water into drinkable water. With Yemen’s port getting attacked, the import and export have also slowed down, halted even when it comes to certain types of goods.

The lack of fuel for the water corporations has caused a swift and drastic increase in the costs of commercial water trucking. This is an extremely adverse point since that trucking is a main source of water for many people. This shortage has also halted the ability of waste water treatment plants to treat water supplies, open to the public, adequately. In turn, this has led to one of the most dismal health hazards to ever have occurred in the country.

Cholera spread rapidly as sanitation failed all over the country. This connects back to the destruction of infrastructure, causing people to resort to unsafe sources of water. Even though the outbreak has been quite contained since 2018, UN fears that there may be a third wave of the epidemic on its way soon. Poor access to the health care services only increments the spread and effects of the pandemic. Despite efforts by UN, WHO and various other aid agencies, many of the people are still yet untreated from cholera, especially when Al Thawra Hospital, a significant place for cholera treatment, was destroyed by airstrikes in 2018. Suspected cases of cholera from April, 2017 to September, 2018, are numbered at 1,207,596. Only 45% of the country’s health facilities are operational.

Since Yemen was water stressed even before the conflict began, the war has only put further strain on the supply. The climate changes have been no friend either with the entire Middle East getting drier and hotter. The supplies from groundwater have declined by a noticeable amount (approximately six meters yearly decline) throughout the country, in rural and urban areas. Due to certain existing policies, groundwater and irrigation have been cheap, further straining the existing supply. In addition to this, poorly constructed dams and porous pipes further contribute to water loss. This is another dominant factor that has led to the contamination of groundwater due to sewage run-off.

The water weaponization issue rages on and something must be done or the drought and famine will have worse consequences. It is time to rise up to the Yemen appeal and help out with the Yemen water crisis.